I have been really bad at updating my blog lately because of the run up to final third year deadlines. Later on today I will be handing in my double credit module for which I did two briefs; British brief, which I will blog about later, and The Haven brief which I have mentioned before here.

This is one of the artefacts I produced for this project; an information brochure. The Haven is a small breast cancer charity that offers a complementary service of treatments. The real issues they were having were not being able to contact the relevant target audience, which was not helped by poorly designed information packs. As part of this brief I redesigned an element of their information pack and created some illustrations. 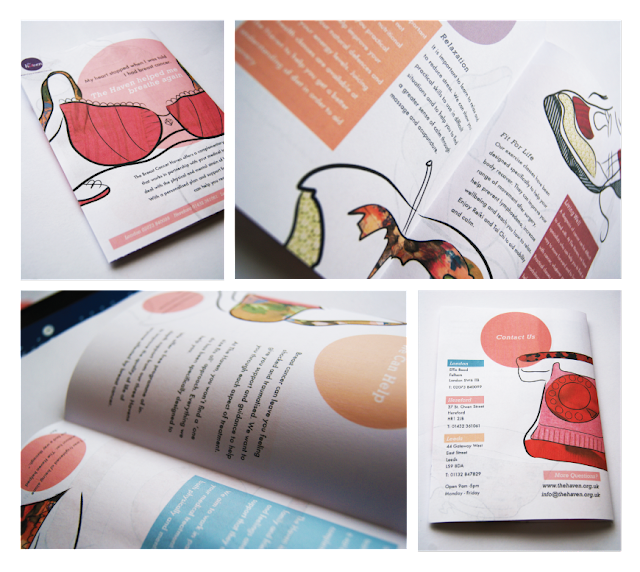